Splendid singing performances from Michael Faulkner as Gaylord and Barbara Hall as Magnolia form a strong backbone throughout this lively version of Hammerstein and Kern’s evergreen musical.

At the end of November I was invited to a production of Show Boat by Redditch Operatic Society. After some early hiccups when they first went into rehearsals they turned out a most successful show with fine acting and singing by both chorus and principals.

Michael Faulkner portrayed a most convincing Ravenal opposite a charming and demure Magnolia who aged with dignity and poise. I loved Parthy and Captain Andy, what a super couple they made.

Tony Jay played Joe rather younger than I am used to but he gave a stirring rendition of Ol’ Man River and once again aged convincingly. Jill Bray is a very experienced performer and her Julie was lovely. Ellie and Frank gave us just the right comedy touch and the energetic dancing of Queenie had to be seen to be believed.

Show Boat is such a classic show, and our production seemed to have ‘class’ written all over it – from the costumes to the scenery, to the terrific principal cast.

We did have some problems early in rehearsals, due to the casting of the black characters. Ideally, we wanted black people to play the principal pairing of Joe and Queenie and the black members of the chorus. Unfortunately, despite our best efforts, which included newspaper adverts and radio appeals, we could not find any black people who wanted to join. Therefore, the show went ahead with white actors ‘blacking up’, although this was done with a great deal of dignity from the leads.

Ten years later, one of our local companies, Studley Operatic Society, had similar problems finding black performers, and the subsequent battle between them and the Redditch council (who did not agree with ‘blacking up’) made national news.

The show mainly centres around five pairs of principal characters, although there are over a dozen other speaking parts. Including children and speciality dancers, our company numbered sixty – probably one of the biggest casts in any of our shows.

As well as the classic principal songs, such as Only Make Believe, After The Ball, Bill and Ol’ Man River, there are many other musical highlights for the company to enjoy.

‘Show Boat’ the novel was first published in 1926, and became an instant success for its author Edna Ferber. Her sprawling, romantic story of life aboard a floating theatre on the Mississippi River immediately attracted the attention of Jerome Kern, who thought it perfect material for a musical.

Together with lyricist Oscar Hammerstein II, Kern had felt for some time that the Broadway musical was suffering from too much sameness and tameness, and that this story would be an ideal base for him to present the kind of changes he felt were needed.

Their efforts resulted in a recognised landmark in theatrical history – breaking new ground in steering a course between lightweight musical comedy and heavyweight operetta. Indeed, it has been said “The history of the American Musical Theatre can be split into two eras: everything before Show Boat, and everything after Show Boat”.

The saga spans forty years, from the late 1880’s to the then current 1927, and follows the lives of folk on and around the ‘Cotton Blossom’ Floating Theatre. The story shifts from the Mississippi River to Chicago, and back again, as the fortunes of the five central couples are shared with the audience.

There’s Captain Andy Hawkes and his wife Parthy, who own and run the ‘Cotton Blossom’. The current leading lady, Julie Dozier, and her husband Steve Baker – who are forced to leave the Show Boat when Julie is exposed as a Mulatto (having mixed white and black parentage) but is married to a white man. Captain Andy’s daughter, Magnolia, who falls in love at first sight with ne’er-do-well river gambler Gaylord Ravenal, and who became the new romantic leads in the show. Negro cook Queenie, forever nagging her lazy stevedore husband Joe. And comedy due Frank and Ellie, who both yearn for a change to become leading players on the stage.

The story follows them all, across the years and through the laughter and tears, separations and reunions, all highlighted by Jerome Kern’s stunningly rich score. The most important songs in the show: Ravenal and Magnolia’s Make Believe and Why Do I Love You, Joe’s Ol’ Man River, and Julie’s Can’t Help Lovin’ Dat Man and Bill have all long been classed as standards. All of them are elemental and universal, so innocent and instinctually fundamental that they can adapt to almost any treatment – and which are remembered by audiences long after the final curtain falls.

Music by Jerome Kern.
Book and Lyrics by Oscar Hammerstein II.
Based on the novel by Edna Ferber. 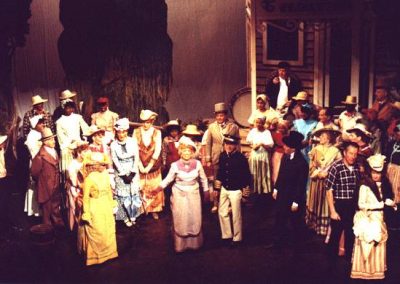 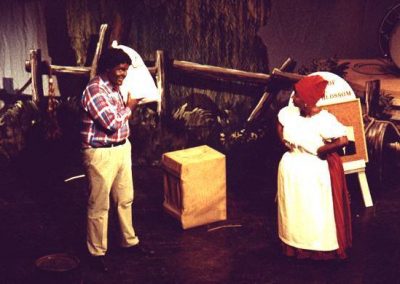 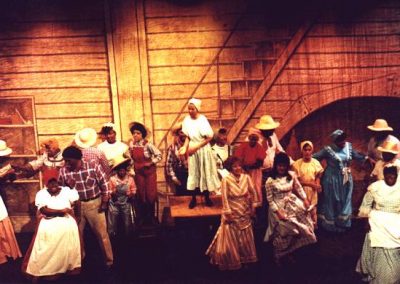 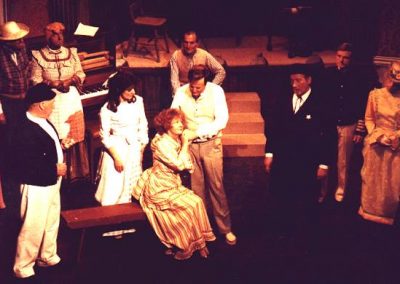 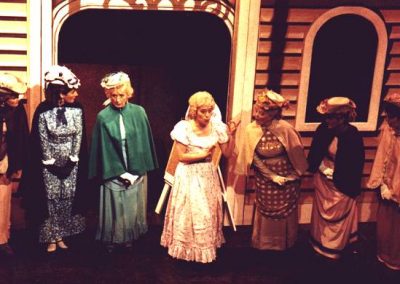 Life Upon the Wicked Stage 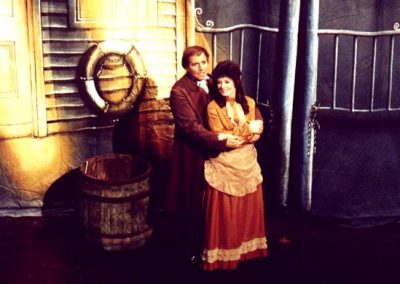 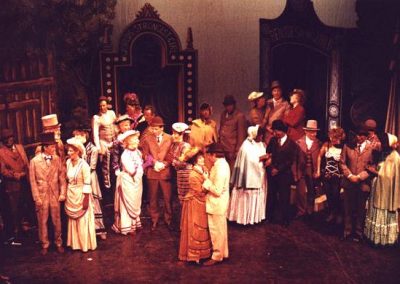 Why Do I Love You? 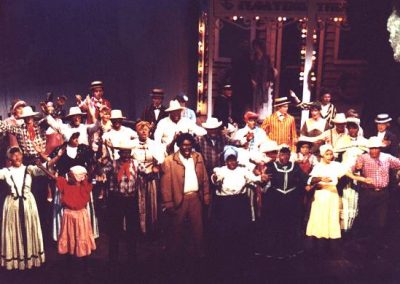