The Redditch Operatic Society, also known as ROS, was re-formed in 1959 and has staged at least one major musical theatrical production each year since the first one was performed in early 1960.

The Society is affiliated to the National Operatic and Dramatic Association (NODA), and are members of the Redditch Arts Council.

ROS is currently made up of over 110 acting and non-acting members, making it the largest (and we like to think, most professional) performing society in the area. We hope the information on this web will be of interest if you are considering joining us.

We usually meet on Tuesday evenings for full company rehearsals, and principal rehearsals are generally on Thursdays.

In our Constitution, we have two main objectives:

a) To educate the public in the operatic and dramatic arts, to further the development of public appreciation and taste in the said arts and to assist and further such charitable institutions or charitable purposes as the Society shall from time to time determine.

b) In furtherance of the above objects, to promote the production of operatic and dramatic works having an educative value and also to do all such other lawful things as shall be conducive to the attainment of the said objects.

Since 1971 our major theatrical productions have been staged at the delightfully refurbished Edwardian-built Palace Theatre in Redditch. In more recent years we have tended towards the Broadway or West End type of musical comedy, although the occasional foray into operetta is not unknown.

Each year we stage a major Autumn production at the theatre, usually in the second or third week of November.

The budget for our shows rose steadily over the years, hitting £30,000 in 2010 – not an inconsiderable amount, especially when the maximum audience for a six-performance run is just over 2,400 people. Nevertheless, we always aim for the highest possible standards in terms of acting, scenery, costumes and music. In particular, we never compromise on our orchestras – bringing together professional musicians to play for us under the direction of our Musical Directors.

The Society is lucky to have many talented performers of all ages. Indeed, most roles in a show, especially the female parts, could be cast many times over. We are also known for the quality of our chorus, which often numbers thirty or more for a show. We are also blessed with a number of talented younger performers – something we are particularly keen to encourage.

You can read more about the Palace Theatre on their website 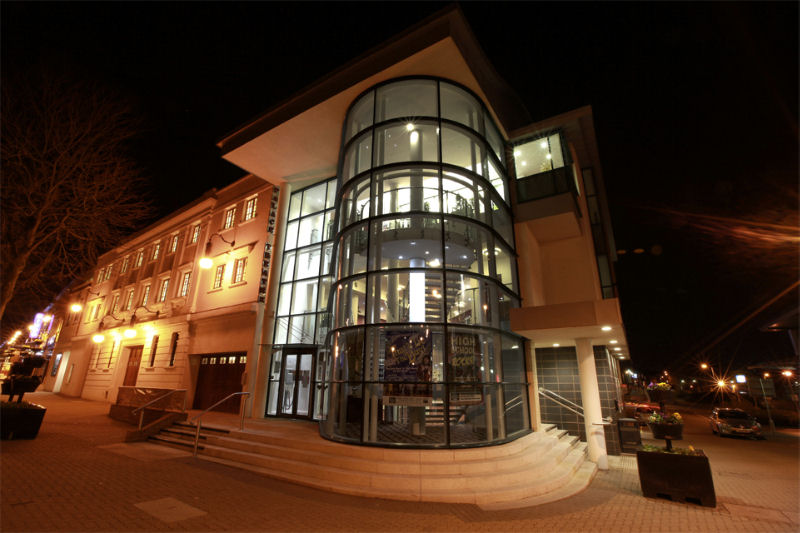 From 1994 to 2007 we performed a Concert Tour most years, during the Spring. These popular events were held at different venues in towns in our area. Redditch, Alcester, Cookhill, Studley, Bromsgrove, Droitwich, Henley in Arden, Hanbury and Rubery were amongst the places we have visited. The concerts were usually performed on two or three consecutive weekends in May.

The venues, often local churches or other organisations, hosted the concerts by providing the room and jointly selling the tickets with us. The Society organised everything else. The profits from the concerts went to the fund-raising appeals of the hosting venues.

In May 1994 we tested the water by performing our first concert at four venues. The show didn’t have a name (just being called ‘A Spring Concert’) and featured songs from operetta favourites, west end shows and songs of the season. In 1996 we staged our second tour, at three venues, called ‘A Grand Night For Singing’, this time based on the music of Richard Rogers.

In 1997 our tours truly got into their stride, with a six-performance formula that was followed for the next five years. ‘The Wonderful West End’ was an evening of songs from British hit shows, and was an extremely popular concert, both in terms of musical content and audience numbers.

In 1998 we followed up with ‘Broadway Melodies’ which featured songs from American musicals. The concert for 1999 was called ‘Hooray For Hollywood’, and featured music from the movies. Our concert tour in 2000 was entitled ‘Songs Of The Century’, and was a musical journey through the decades of the 20th Century – this became our biggest and most popular concert tour ever. Our 2001 tour was called ‘Legends’, and featured the music from some of the best loved performers of the past fifty years.

We then had a break for three years, but came back with a bang in May 2004 with ‘The Magic of the Night’ based on the musicals of Cameron Mackintosh. As a departure from the norm, this tour featured our first Sunday ‘tea time’ concert, an idea which proved very popular with our audience, and which was continue in the following years. The concert itself went down a storm!

Our 2005 show was called ‘A Night At The Movies’, which featured a selection of favourites from the silver screen including Disney, James Bond, Sister Act, Forrest Gump and MGM Golden Oldies amongst many others.

Our last tour was in May 2007, with a show called ‘Our Favourite Sings’, which was full of our own favourite songs from concerts and shows over the years, plus one or two new pieces. This was one of the strongest programmes of any concert, with so many audience-pleasers!

Our Spring Concerts are on ‘hiatus’ at the moment, but we may return to them some time in the future.