Orpheus in the Underworld

This terrific production is proof positive that Redditch has a wealth of talent and a top quality theatre to showcase it. Members of the Redditch Operatic Society did more than just fill the stage – they filled the entire Palace Theatre.

Put simply, this was one of the most enjoyable evenings ever spent in any theatre. Everything in Offenbach’s musical masterpiece of love between man and gods was given the full monty. The gusty way every single performer tore into their parts was breathtaking.

The singing was a joy, Katie Leaver as bored Eurydice standing out from a cast that sounded as if they could raise the roof. Acting was simply spot on with Tony Jay as Jupiter and Barrie Cole as Mercury turning in some fine comic performances. No-one put a foot wrong and thanks to brisk musical direction by Norma Kift, no one hit a bum note.

Producer Ian Thompson deserves praise for the way the whole cast seemed to be enjoying every minute and it was quite infectious. All in all, it left you wanting more and if you only go to the theatre just once a year make sure you see this. You will not be disappointed.

Taking a trip down under

A packed Palace Theatre enjoyed a rip roaring trip through the underworld courtesy of Redditch Operatic Society. It was obvious members had a ball with the tongue-in-cheek script and toe-tapping music. From their Greek sandals to togas cast members looked the part for a day trip from Mount Olympus to hell.

The story starts on Earth where wicked Pluto (Kevin Hirons) masquerades as a shepherd to woo disenchanted Eurydice (Katie Leaver) from boring hubby Orpheus (Paul Cooper). But having been lured away to Hades she finds hell is not all it is cracked up to be. Meanwhile, mother-in-law Calliope drags her unwilling violinist son off to Mount Olympus to demand the gods help him recover his errant wife.

Katie Leaver has a sweet voice and is a delight to listen to. And the chemistry between the main characters makes the whole show go with a swing.

Tony Jay as Jupiter hams it up beautifully as king of the Gods with a roving eye and a jolly, corpulent frame. A hellish Can Can by members of the Woodlands School of Dancing drew admiration and thunderous applause – it made my eyes water.

On a scale of one to ten, Orpheus deserved at least eleven.

The Society had a ball with this one! We like the occasional trip into the world of operetta – doing some ‘proper’ singing, as one of the company put it so well. And Orpheus In The Underworld is such fun, that the enjoyment of the players clearly infected the audience, too.

This was the first production for our Society by Ian Thompson, who kindly stepped into the producer’s shoes after a lot of research and perseverance by our Chairman, who was looking for an experienced, local producer able to join us on this occasion.

Once again, Lesley Stocker from the Woodlands School of Dancing did the choreography, including the thunderous Galop (better known as the Can Can), performed by her dancing girls.

Five major and ten sizeable secondary principal parts meant plenty of scope for the society’s talented performers, and we were joined on this occasion by a couple of members from the Astwood Bank Operatic Society.

Act I – A Landscape near Thebes

Eurydice is bored with her marriage to Orpheus, a lowly professor of music, and has started a love affair with a local shepherd called Aristaeus. Unfortunately, this is really King Pluto of the Underworld in disguise, who lures Eurydice into a cornfield where she is bitten by a snake and (sort of) dies.

Pluto then exposes himself (!) and whisks her down to Hades so he can have his wicked way with her. Orpheus is rather pleased about this, because he was none too happy with his marriage anyway. However, his outraged mother, Calliope, insists he tries to rescue her, and so they depart for Mount Olympus in a balloon to seek the help of Jupiter, King of the Gods.

Jupiter is having a difficult time with his family of deities, who are finding life on Olympus, with all that ambrosia and nectar, dreadfully boring. They are on the point of rebelling when Mercury, the messenger of the gods, brings news of the scandal from Earth.

On hearing that Calliope and Orpheus are on their way, Jupiter summons Pluto to Olympus in order to give him a dressing down. His interest is sparked, however, by the news that Eurydice is extremely attractive and Jupiter, never one to miss a chance with the ladies, decides to go down to Hades to investigate personally.

His plans are slightly dashed, though, when his wife, Juno, and all the other gods and goddesses beg to accompany him.

Down in the Underworld, Eurydice is fed up with Pluto’s absence, and is being ‘entertained’ by Styx, former King of Beotia. He locks her away on Pluto’s orders before she can be seen by the new arrivals. Pretending to be a fly, however, Jupiter flirts with Eurydice who, desperate for company of any kind, responds eagerly.

To try and distance the pair, Pluto throws a party in honour of the visitors, and much frantic activity ensues. This is interrupted by the arrival of Calliope and Orpheus, who has come to claim his spouse.

Eurydice must therefore choose between the smooth-talking Pluto, the dubious pleasures of life with Jupiter on Olympus, or a return to Earth in the arms of her (n)ever loving husband…

Music by Jacques Offenbach. Arranged and adapted by Ronald Hanmer.
Book and Lyrics by Phil Park. 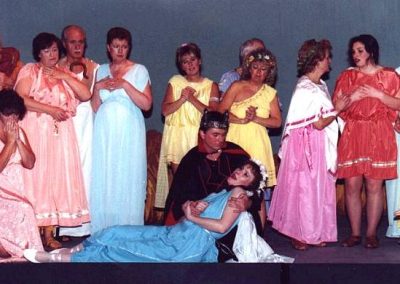 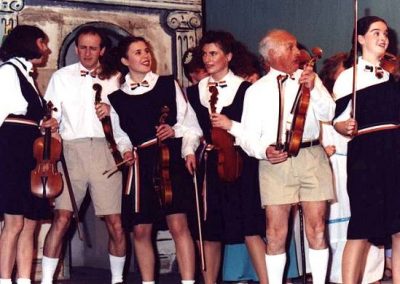 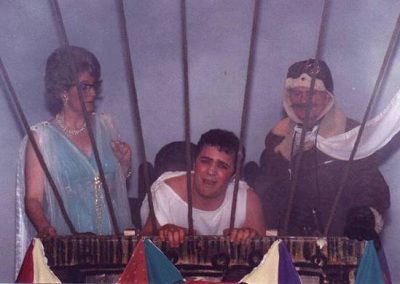 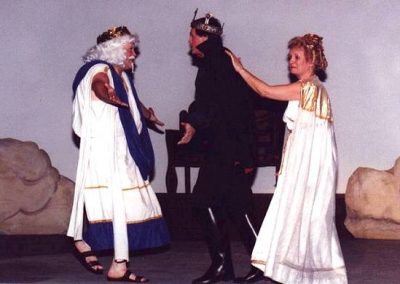 Nothing We Can Do 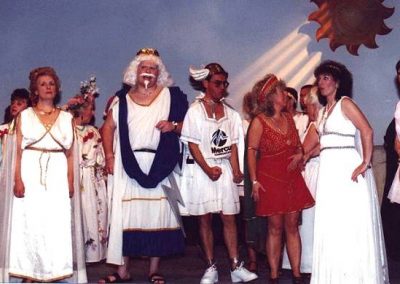 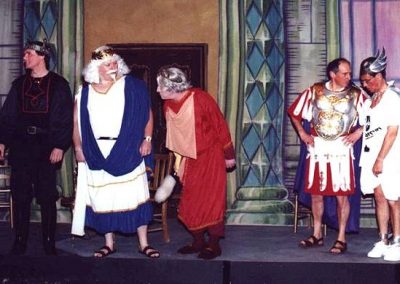 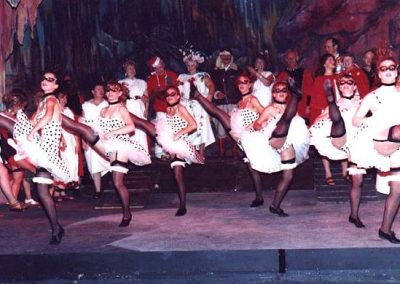 The Woodlands School of Dancing

The Galop (Can Can) 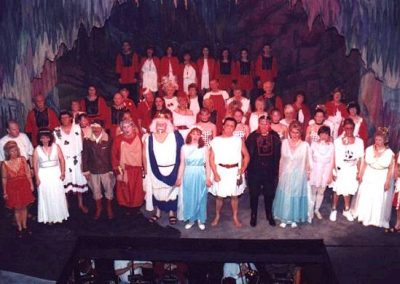