No half measures from lively cast

Efficiency! Economy! Redditch Operatic Society’s production of Half A Sixpence opened with the idea of scrimping and saving in this rags-to-riches tale with a twist. Set in Folkestone at the turn of the century, it is the story of Arthur Kipps, a poor apprentice at the Drapery Emporium run by the pompous and pennywise Mr Shalford.

Kipps gives his childhood sweetheart Ann a token of his love – half a sixpence, so she is reminded of him when they are apart. But when Kipps meets an actor called Chitterlow who tells him that Kipps has inherited a large fortune, his simple life with Ann is threatened as his is swept up into high society.

Redditch Operatic Society’s production was thankfully anything but economical, as the cast turned out a fine performance of this energetic musical. The production included favourite ballads and songs, including If The Rain’s Got To Fall and the title song, although the highlight was a rousing version of Flash, Bang, Wallop! illustrated by some clever choreography.

The interpretation had some wonderfully humorous touches, particularly Julian Wilson’s portrayal of the actor Chitterlow. His over-the-top performance was a hit with the audience, and was made even more enjoyable by his obvious delight in the role. Leading man Kevin Hirons also gave a lively performance as Kipps and his comic timing brought out the irony of the production beautifully.

All of which goes to show that even if money can’t guarantee you happiness, Half A Sixpence goes a long way towards a very enjoyable evening’s entertainment.

A well cast, well produced, well performed presentation of this popular musical show. Everyone enjoys Half A Sixpence, players and audience alike, and it was obvious in this case that the players were having a whale of a time and this enthusiasm was coveyed across the footlights.

The part of ‘Kipps’ played by very talented Kevin Hirons was quite endearing and so was ‘Ann’ played by Alison Adams, she had everybody’s sympathy from the word go.

Julian Wilson made a very explosive buffoon of ‘Chitterlow’ and Barrie Cole’s ‘Shalford’ was comically ‘demonic’. A most enjoyable evening again with this hospitable society.

The society had a smaller company than usual for this production, which suited the story well. Apart from the main focus of the story – Kipps – there are five major parts and at least a dozen secondary parts. In fact, if you take out all our gentlemen who played a ‘named’ role, we were only left with three men in the chorus! Still, you wouldn’t notice any gaps!

The show marked the final (for now) production of Ian Thompson for the Society, and choreography was by Lesley Stocker, whose dancers from the Woodlands School of Dancing in Northfield also featured in the production.

Our five-night run had excellent audience figures (94% of capacity), and we found that the show was very popular probably due to those fondly remembering the Tommy Steele film. The company, too, enjoyed the show – particularly the undoubted highlight – Flash Bang Wallop!

Arthur Kipps, an orphan now aged twenty, is an apprentice shop man in Mr Shalford’s Drapery Emporium, one of the most fashionable shops in Victorian Folkestone.

Ann Pornick, Sid’s sister, is Kipps’ childhood sweetheart, but they don’t have much opportunity to spend time together. To Make up for this, Kipps gives Ann a token of his love – half a sixpence, so that Ann can be reminded of him when they are apart.

One day, whilst in the shop, Kipps literally bumps into an excitable actor called Chitterlow, who informs him that Kipps is about to inherit a large legacy. With all this money, Kipps tries to better himself, and leaves Ann for Helen Walsingham, of a local family who think they are a cut above the rest. Helen, who does love Kipps, is also determined to improve him. Helen’s brother, at the same time, begins to take over Kipps’ financial affairs.

Some time later, Kipps meets Ann again when she is employed as a servant at the home of Mrs Botting, a friend of Helen’s mother. On seeing Ann treated badly by her employer, Kipps soon realises that the people he is surrounded by have attitudes and values very different to his own. Knowing that it is Ann he really loves, he stops his engagement to Helen and returns to Ann, who he marries.

Kipps is still rather careless with his money, and decided to have a large house built. Unfortunately, Helen’s brother has continued to speculate with Kipps’ money with disastrous results. He has to sell the house, and just has enough left to rent a bookshop with accommodation for he and Ann.

A year later, they have started a family, and are relatively content with their new, modest, lifestyle. Until, that is, Chitterlow returns unexpectedly one day with some surprising news…

Book by Beverley Cross. Music and Lyrics by David Heneker. From the novel ‘Kipps’ by H.G. Wells.
Original production by Harold Fielding at the Cambridge Theatre, London.

By arrangement with The Really Useful Group Ltd. 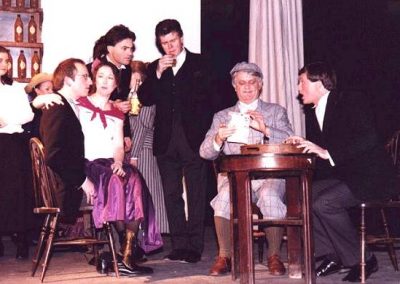 The Hope and Anchor 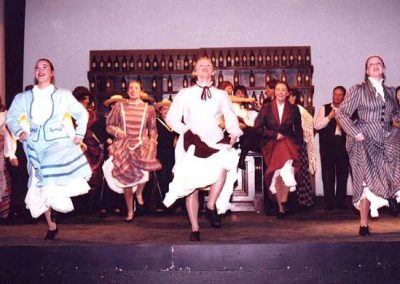 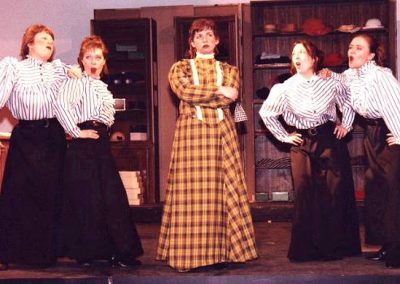 I Don’t Believe a Word of It! 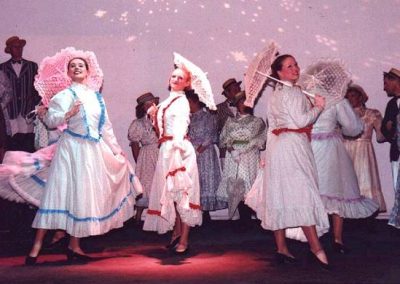 If the Rain’s got to Fall 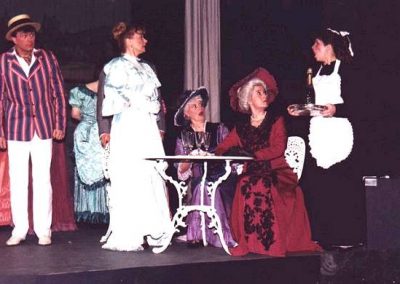 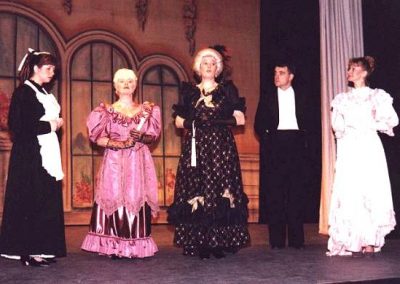 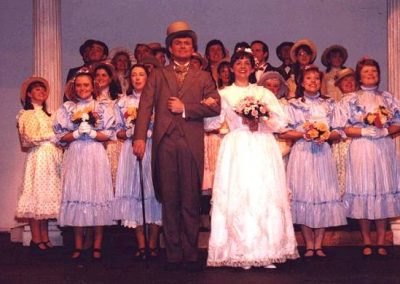 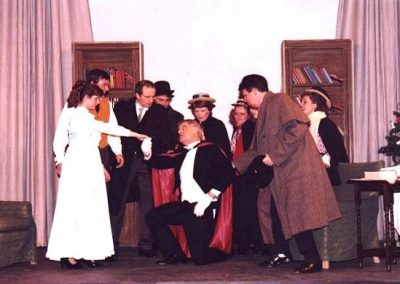