Me And My Girl

This production by Paul Jones fought a valiant first-night battle against an often too-loud orchestra and an apparently non-existent sound system. Time and again, we got the tune – but where did the words go? And there would be more elbow room in the exuberant Lambeth Walk if the participants worked on and off in groups as in The Sun Has Got His Hat On.

Mark Williams is a chirpy Bill and is particularly effective when reacting to others. Alison Adams is a natural Sally and Tony Lacey works hard as Gerald, but Elizabeth Bird makes Lady Jacqueline far too tarty and has some wildly unnecessary moments of extravagance. Still, her seduction scene works well and would be even better if it were properly lit. That single follow-spot is often laughable.

Alan Hirons is a joy as the family solicitor and Jean Chalk is an admirably authoritative Duchess. The show runs until Saturday – and that Play School wallpaper will be no more believable even then.

Roll out a barrel full of laughs

Redditch Operatic Society kept a packed house happy for three hours with its latest laugh-a-minute, toe-tapping production. Me And My Girl was, it must be said, an intelligent choice with a cracking script and songs anyone of any age can sing along to. But it takes more than that to put on a good production and the Redditch society definitely proved it has what it takes. And the story of Lambeth lad Bill Snibson who discovers he is actually a lord was performed with wit, warmth and attention to detail.

Much was owed to the pair of actors who took parts as the leading couple. Mark Williams as Bill charmed the audience just as he won over the residents of the Hareford estate. He slipped into cockney rhyming slang with ease and his comic timing had us stitched up. But it was also a love story and he made a convincing couple with Alison Adams who put in an excellent performance as a gentle but gutsy Sally.

Also worth of a mention are Alan Hirons as Parchester the hilarious family solicitor, and John Hall as Sir John Tremayne. And of course, the music which was brilliant, if a little too enthusiastic to allow the actors to compete. Look forward to the next production.

Redditch Operatic Society put in a fantastic performance for their 1998 autumn show. A lively cast with splendid scenery greeted the audience the minute the curtain went up. Me And My Girl is a story of love pulled apart by wealth made so hilarious that it saw onlookers roaring with laughter.

Society newcomer Mark Williams (Bill Snibson) added to the humour with his hilarious Cockney rhyming slang, while the family solicitor (played by Alan Hirons) was also very funny with his stern exterior but slightly crazy tendencies.

All of the songs were well-known favourites (The Lambeth Walk, The Sun Has Got His Hat On, Leaning On A Lamppost, etc) which the polished orchestra played beautifully, even if in the first scene the accompaniment was uncomfortably too loud, making the singing somewhat inaudible. Altogether, though, an extremely entertaining show.

No matter how many times you see this show it always comes up bright and fresh. This delightful production was led by an outstanding performance by Mark Williams (Bill) whose comic timing, relaxed easy style and delivery belied his relative inexperience. No doubt, we shall see more of him in the future.

The performances of Alison Adams (Sally Smith), Jean Chalk (Maria), John Hall (Sir John) and Tony Lacey (Gerald) also enhanced the performance that was well supported by the chorus and a very good orchestra. The audience enjoyed every minute. Thank you ROS for a very enjoyable evening.

Without a doubt, our biggest and most expensive production to date, we played Me And My Girl for six performances, including a Saturday matinee which is unusual for us. Near capacity audiences proved how popular and ‘in’ the show was at the time. We also acquired the services of a new director and choreographer, Paul Jones, who was able to bring his many talents (including playing a stint in the leading role himself in the past) to the company.

The show is very suitable for a large company like ours, with seven major principal characters, nine or so minor characters, and plenty of company numbers for the chorus members to enjoy.

Unfortunately for us, the stage at the Palace Theatre in Redditch is severely restricted in size. Therefore, most of the company numbers had to be ‘worked’ so that the chorus came on and off at different times – all except The Lambeth Walk, of course, when everybody wanted to be on stage throughout, resulting in a bit of a squeeze (and a comment in the review from the Evening Mail, see above).

All in all, Me And My Girl, was a wonderful show to stage, hugely enjoyable, and very well received by our audiences.

Bill Snibson is perfectly happy making his living as a Lambeth costermonger, but his simple life is turned upside down when it emerges that he is the missing Earl of Hareford.

Having been tracked down by Parchester, the family solicitor, he makes his first visit to Hareford Hall, his new family home, accompanied by his pretty girlfriend, Sally. There, he meets the Duchess, Sir John, Lady Jacqueline, the Hon. Gerald Bolingbroke and all his other newly discovered aristocratic relations who, of course, are horrified by his cockney accent and jolly antics.

Over time, the family have to swallow their pride and attempt to teach Bill how to become ‘posh’, trying to make him adopt the airs and graces of the gentry. They also try to separate him from his girlfriend, Sally – one cockney in the family is quite enough, thank you very much!

Lady Jacqueline, in particular, is keen so split the pair up since she breaks off her engagement to Gerald and sets her sight on the new Lord Hareford or, more accurately, his newly acquired fortune. This process creates chaos of the most comical kind as the hilarious characters of the family try various ways of changing Bill’s ‘working class’ ways.

Sally, tough, feels more and more out of place, and eventually decides to leave Hareford Hall and return to Lambeth, allowing Bill to get on with his new life. Bill, of course, has other ideas and is determined to get her back.

Will Bill become a suitable new Lord Hareford? Will he be able to change, and fit in with country life? And what about his relationship with Sally – will they be able to fight the pressures to split up, and will love conquer all in the end?

By arrangement with Samuel French Ltd. 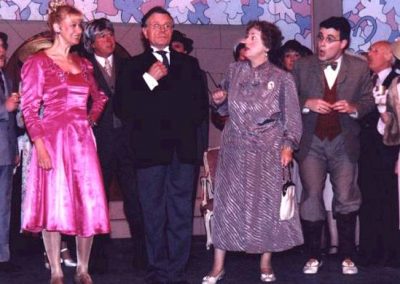 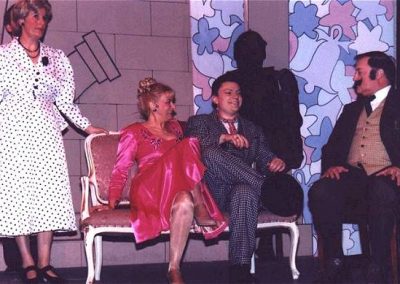 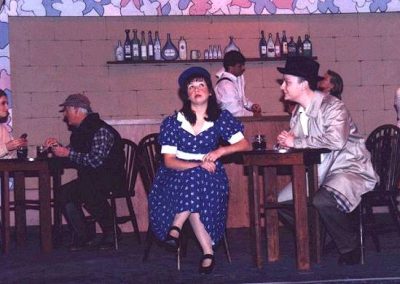 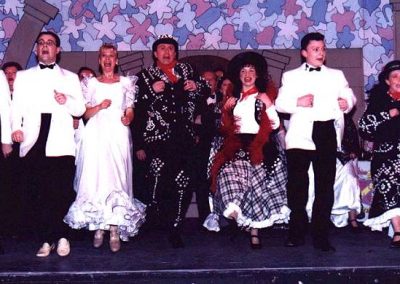 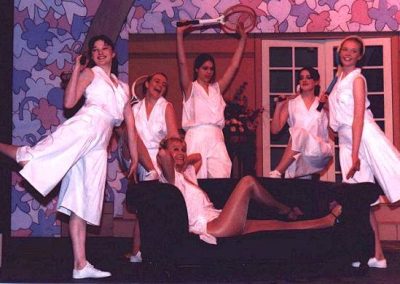 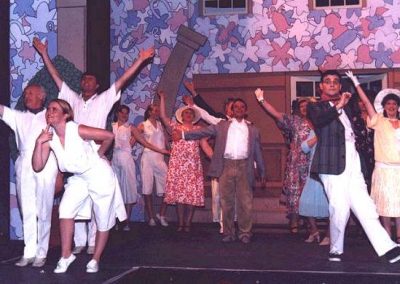 The Sun has Got His Hat On 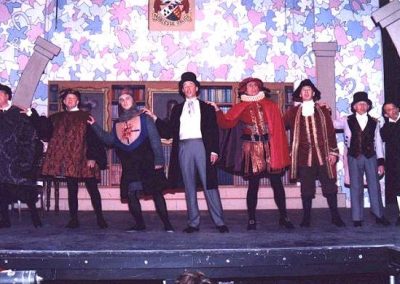 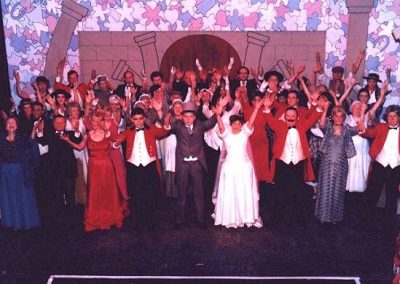