We are delighted to announce that the tenth deserving recipient of the Norman Wheeler Memorial Award is TONY LACEY.

Tony has been a member of the Society since 1988, and has been a committee member and producer of a number of our productions during this time. In particular, this award was given as an acknowledgement for all the shows Tony has contributed to in a non-paid production capacity, and for all the efforts and ideas he brought to our 50 Years of ROS special anniversary show.

The photograph shows Tony Lacey receiving the trophy from Alan Leadbeater at our Introduction Night to Disney’s Beauty and the Beast on 8 June 2010. 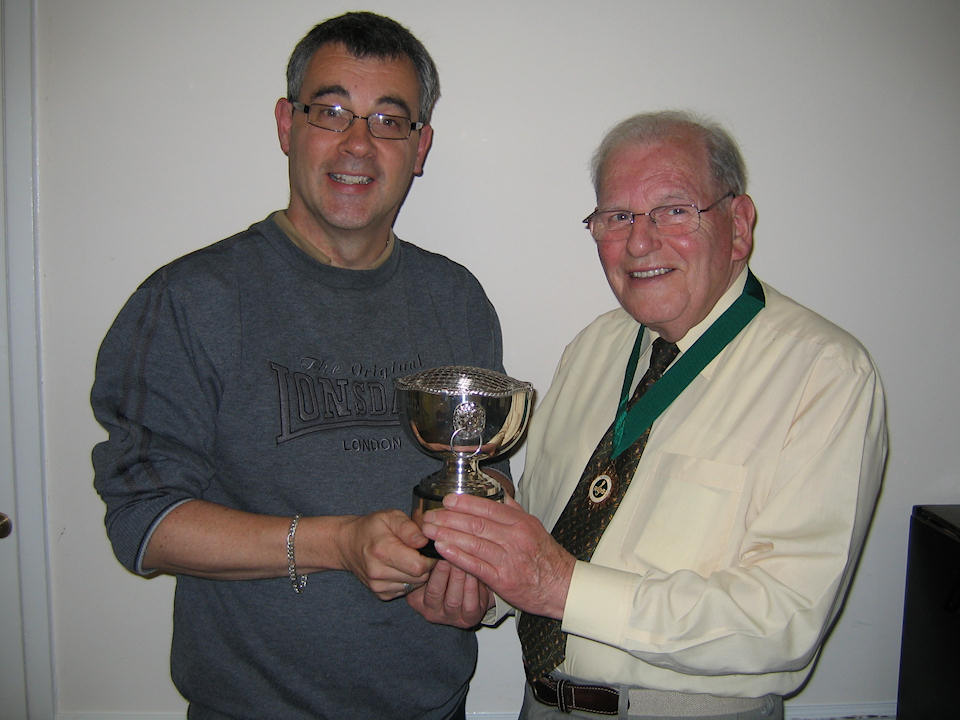