It was a hit and near-miss occasion at the NODA West Midlands Awards Ceremony at Sutton Coldfield Town Hall on Sunday 14 April 2013.

Ann Duffin, Pauline Elliker, Tony Jay and Alan and Jean Leadbeater went along to support the Society, which was nominated in two categories for our production of Summer Holiday – Best Programme (West Midlands) and Best Musical (District 12: East Worcestershire).

Firstly, Tony went up onto the stage to receive the Nomination Certificate for the Summer Holiday Programme, along with the two other nominees. He was absolutely delighted when it was then announced that ROS had won the award. The programme now goes forward to the National Finals which is held later this year. We’ll keep our fingers crossed for that.

Later, our Director/Choreographer for Summer Holiday, Pauline Elliker, went up on the stage to receive the Nomination Certificate for Best Musical in our district, along with representatives from the other two nominated shows. Sadly, we didn’t win this particular award, but were delighted to be nominated nevertheless.

At the ceremony, we were co-incidentally sat by Mel, Alison, Dave and Iain representing Astwood Bank Operatic Society. Their production of The Pirates of Penzance (Broadway version) won the Best Musical award in our district. We were thrilled for them, and send a hearty congratulations to everyone at ABOS who played a part in their production.

All in all, a great night for two Redditch societies. 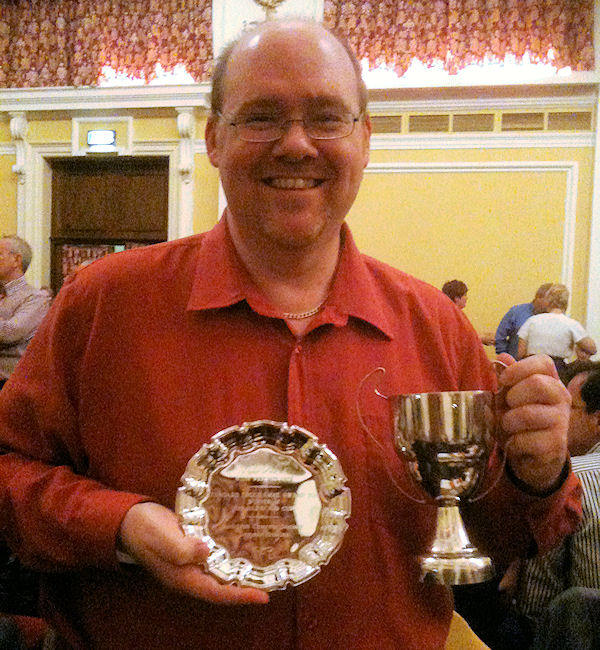