The meeting was chaired by our new President, Bob Taylor, with Tony Jay (Chairman/Treasurer) and Jean Chalk (Secretary).

This was the first year that this new award was presented. It is in honour of our dear friend and President, Alan, who passed away in 2013.

We are delighted to announce that the first ever winner of this award is DAVID STEELE, who was chosen for his role as ‘The Man’ in our November 2013 production of ‘Whistle Down the Wind’.

The photo shows David Steele receiving the award from Jean Leadbeater, who was in attendance at the AGM to make the presentation. 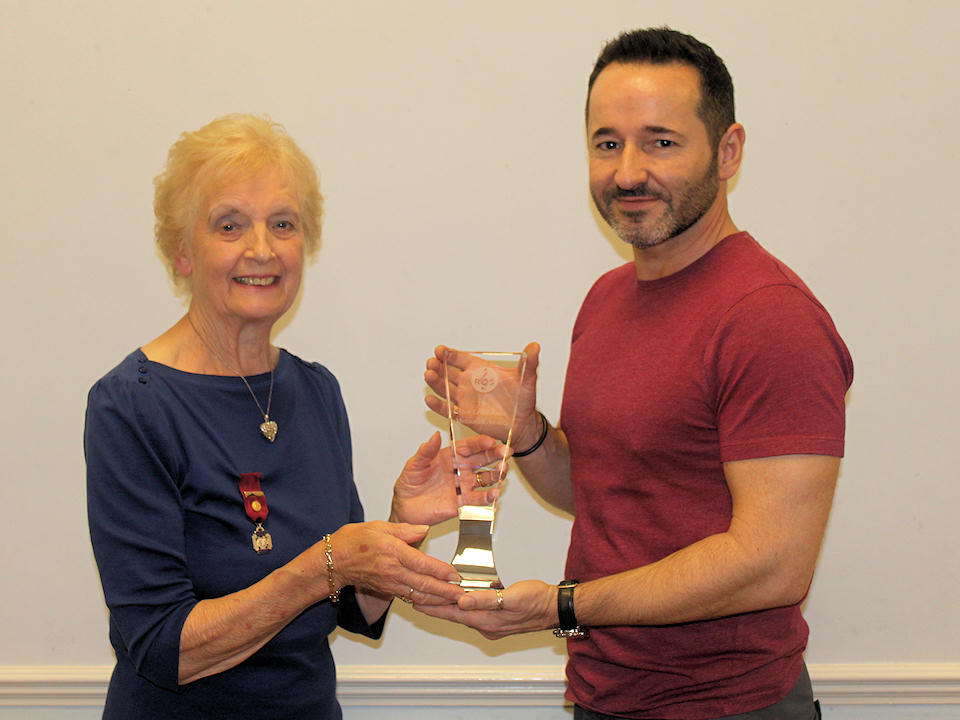 We are delighted to announce that the fourteenth deserving recipient of this award is RYAN ALLEN for all the considerable work he put into producing our segment of the Palace Theatre’s Centenary Show in September. We thank him sincerely for all the time and effort he put into this event.

The photograph shows Ryan Allen (right) receiving the trophy from last year’s winner Paul Finch (left) and Society President Bob Taylor (centre) after the result was announced at the AGM. 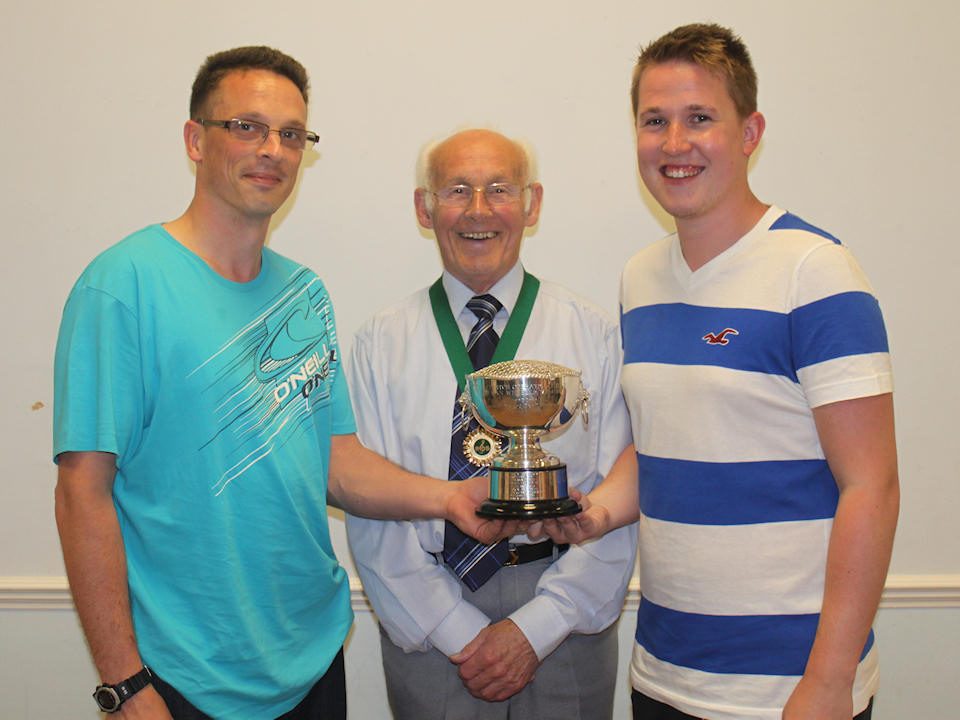 The highest honour the Society can bestow upon an individual is Life Membership of the Society.

It is often said that there is nothing more important than selling tickets to our shows. The greatest production, the most beautiful singing, or the finest acting, all mean very little if people aren’t there to see it.

This year, we awarded Life Membership to a couple whose ticket sales, year in – year out, puts most others to shame. It doesn’t matter whether they are in the show or not. Their effort and determination to sell the maximum amount of tickets to every show never wavers.

Both have been members of the Society for many years. Strong supporters, too, of all our social events and other endeavours. And this support doesn’t change if they are not actually on stage.

For many years of loyal service and support to the Society, and for continued ticket selling efforts that we are incredibly grateful for, we were delighted to award Life Membership of the Society to David and Wendy Cruise. 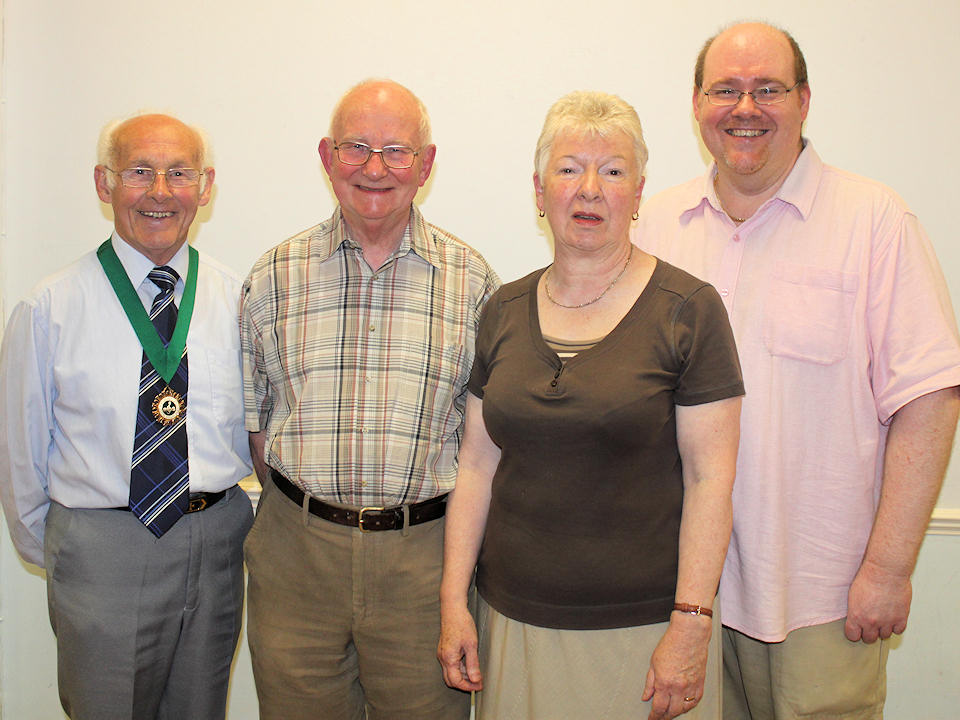