The meeting was chaired by our President, Bob Taylor, with Tony Jay (Chairman/Treasurer) and Jean Chalk (Secretary).

This was the second year that this award was presented. It is in honour of our dear friend and President, Alan, who passed away in 2013.

We are delighted to announce that, for the second year running, the winner of this award is DAVID STEELE, who was chosen for his role as ‘Jesus’ in our November 2014 production of ‘Jesus Christ Superstar’.

The photo shows David Steele receiving the award from Jean Leadbeater, who was in attendance at the AGM to make the presentation. 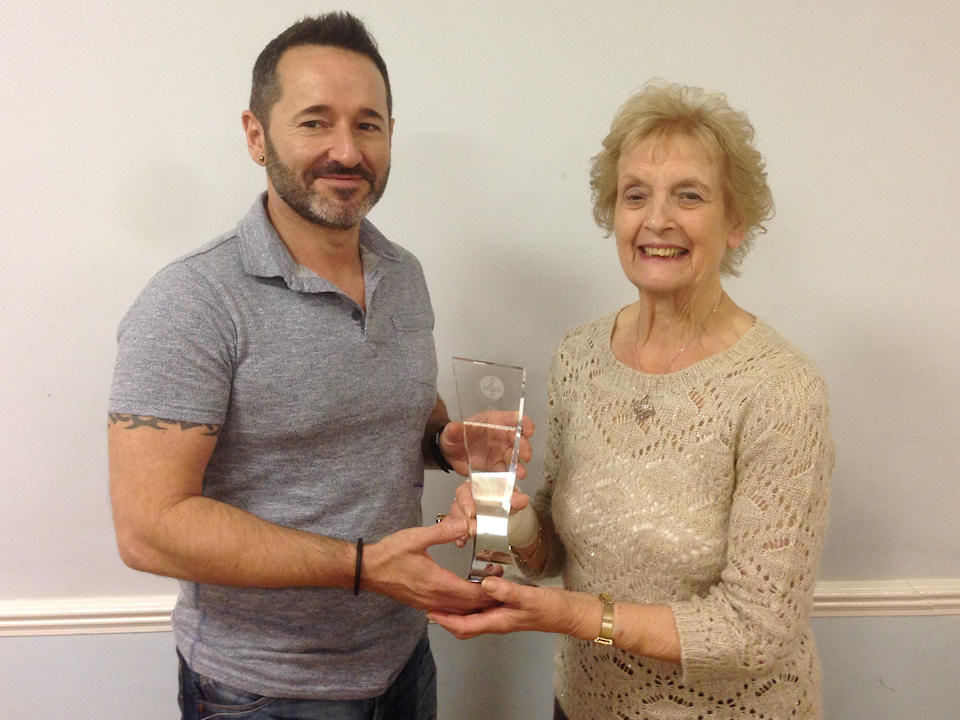 We are delighted to announce that the fifteenth deserving recipient of this award is JEAN CHALK for all the considerable effort she put into managing, adapting, mending, transporting and storing the huge array of costumes for our November production of ‘Jesus Christ Superstar’.

Many congratulations to Jean, who is also the first person to have won the Norman Wheeler Award twice.

The photograph shows Jean receiving the trophy from last year’s winner Ryan Allen (right) and Society President Bob Taylor (centre) after the result was announced at the AGM. 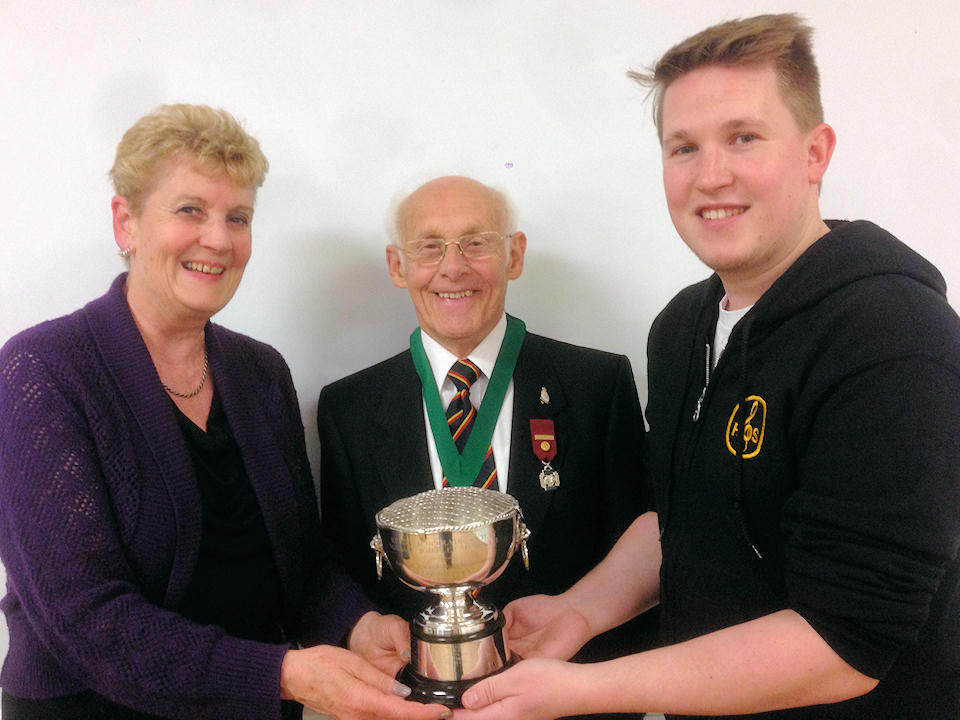