The meeting was chaired by our President, Bob Taylor, with Tony Jay (Chairman/Treasurer) and Jean Chalk (Secretary).

This was the fourth year that this award has been presented. It is in honour of our dear friend and President, Alan, who passed away in 2013.

We are delighted to announce that this year’s winner of the award is MARK WILLIAMS, who was chosen for his role as ‘Daryl van Horne’ in our November 2016 production of ‘The Witches of Eastwick’.

We are delighted to announce that this year’s deserving recipient of this award is KELLY MITCHELL.

Kelly has made significant contributions since joining the committee a couple of years ago. But especially in the past year, we have seen the press and publicity of our shows planned to new heights. On her own initiative, Kelly has drawn up and developed an excellent publicity plan that has really made an impact in promoting our shows to the wider public.

As well as that, she has created, entirely through their own imagination and hard work, two excellent Murder Mystery Nights, this year and last, that have provided everyone who attended with such entertainment and fun. These things don’t just happen, of course, and the amount of effort put into developing and organising these nights is considerable.

And if that weren’t enough, when illness struck during last year’s show, and one of our principal cast members lost her voice, it was Kelly who stood in and valiantly performed the part from the wings (as well as continuing to play her own part in the show) thus saving the day. 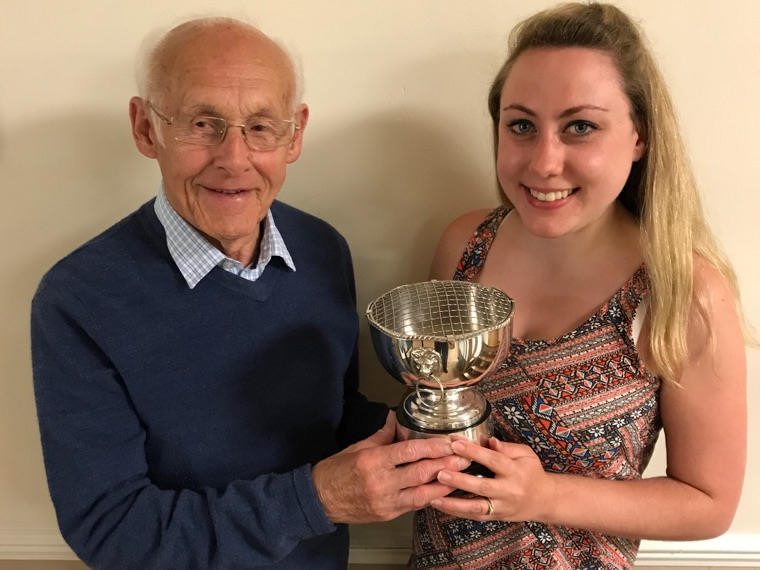