The meeting was chaired by our President, Bob Taylor, with Tony Jay (Chairman), Sam Smith (Treasurer) and Jean Chalk (Secretary).

This was the fifth year that this award has been presented. It is in honour of our dear friend and President, Alan, who passed away in 2013.

We are delighted to announce that this year’s winner of the award is LIZ BIRD, who was chosen for her role as ‘Sister Mary Lazarus’ in our November 2017 production of ‘Sister Act’.

The photo shows Liz receiving the award from Joy Sidaway, who was in attendance at the AGM to make the presentation. 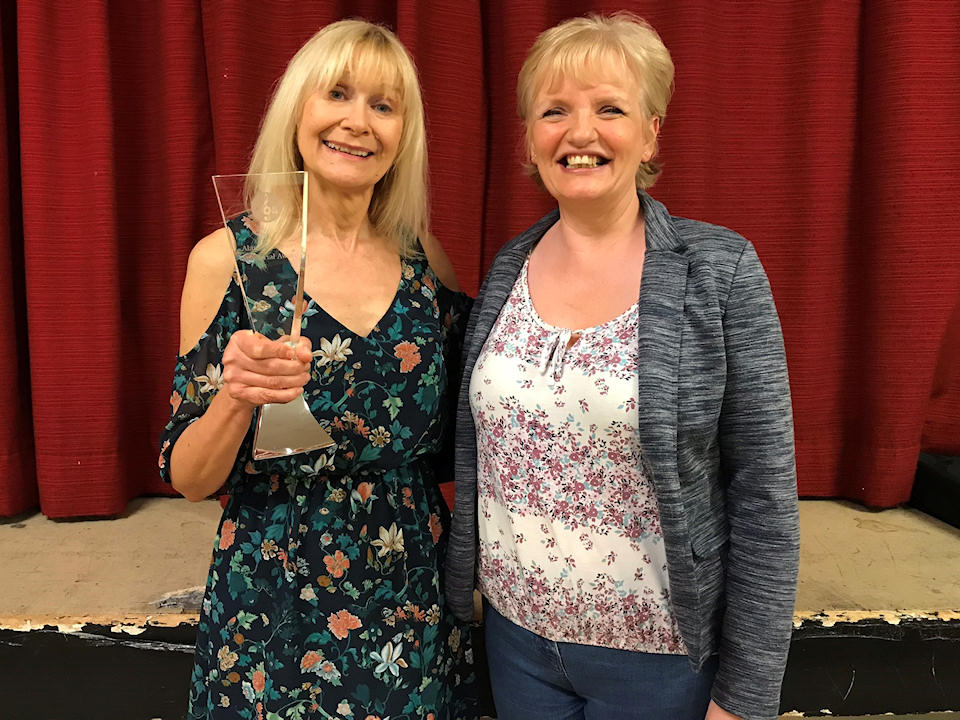 We are delighted to announce that this year’s deserving recipient of this award is PAULA LACEY.

As choreographer for Sister Act, Paula became the driving force behind the production during the initial phase; making decisions and getting things done. Even when Tony had taken over as director, Paula continued to contribute in many ways to the show; helping, and advising. And let’s not forget all those fabulous dance routines – all explained in a calm, friendly and respectful manner, and which brought out the best of everybody’s varying abilities. To all intents and purposes, she was co-director of the whole show.

On top of all that, when one of the cast had an accident and we lost our original Sister Mary Martin-of-Tours just a couple of weeks before the show, it was Paula who, without batting an eyelid, volunteered to take over and learn this prominent role, and performed it wonderfully.

Sister Act would not have been the success it was if it wasn’t for Paula’s superlative contributions. 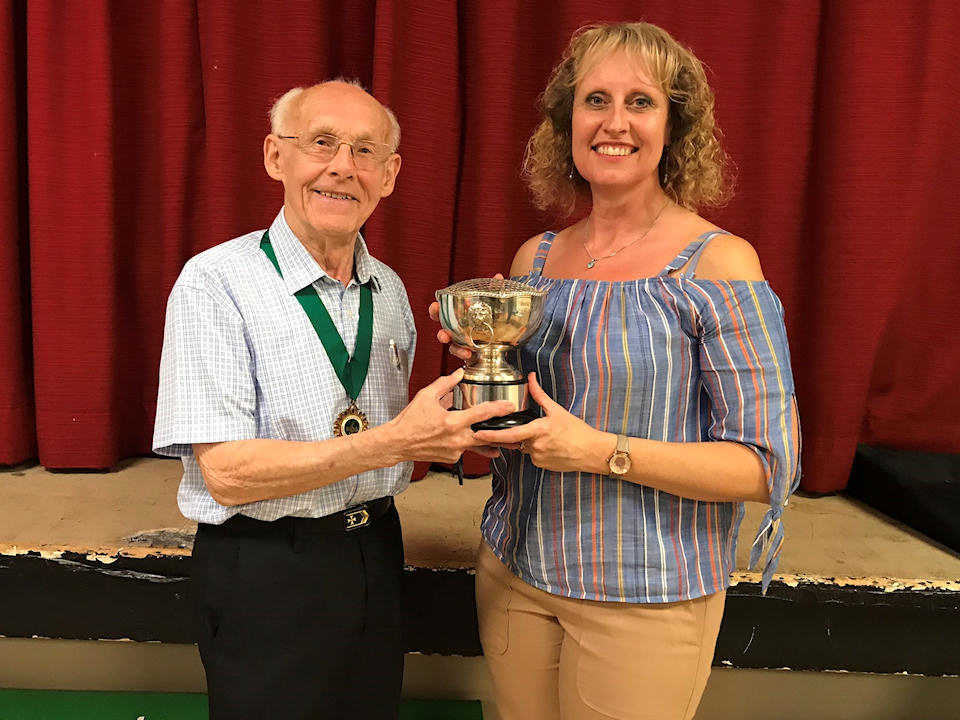